n the beginning man lost contact with his Creator, along with important knowledge. Today we see the baneful effects of this loss of Higher Intelligence: Man cannot rule himself, it is a proven fact! This wisdom wasn't really lost, but unguarded. Never appreciated for what it is and discarded. "Know ye not ye are gods?" Reminded the Lord. He was referring to this vital missing TRUTH, hidden for æons.

"They did eat and their eyes were opened."
"Behold, the man has become as one of us, to know duality. Now we cannot allow him to live forever." This was in Genesis Three, but man was created in Chapter One. He initially had the faculty of sight, so what happened? And why was he cast out from eternity?

Because power and confusion don't mix well! At first man was given the Single Eye of the Creator: The brilliant Light of Truth and the solvent of lies. So why does it say his eyes were opened? Something changed, his vision. Now the world looked very different! He looked at his mate and said, you are not the same as me and we are separate from our Creator. So now, who should be in control? Man was cut-off from knowledge rather than becoming like God as promised by his lower nature. He already was like God! A deception he would have seen coming had he not leaned on his own understanding. This is why so many people sense their potential but can't get there: Because they already are there.

"If thine eye be single thy whole body shall be filled with light." - Jesus

The third eye isn't really an eye like an eyeball. It doesn't need "awakening" because it isn't asleep. It doesn't need activating because it's already very active. The term "third eye," isn't found in the Bible, but this was the operating knowledge practiced by Christ- who restored sight to many blind folk. Not only visually, but more important spiritually. Even with ears and eyes we are otherwise deaf and sightless. Truth we comprehend not.

I am no expert, but I understand the pineal gland is cone shaped located in the midst of brain below the soft portion of the skull which can be felt in infants. It is the mind’s eye or the sixth sense. Vast amounts of energy and blood flow through it more than any other gland in the human body and helps regulate the function of the pituitary gland.

It's the power of discernment, reading vibrations given off by others. A lie can't get past it. When we are talking it is silent. When we are silent, then it speaks. It is never wrong and never leads us astray. The All-Seeing Eye is a secret passed down by masters to initiates since antiquity. They were called "Seers." 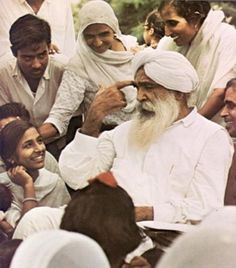 is the number which represents man, the highest order- created on the sixth "day." Six is the figurative quotient of his self-potential. Six days he works. The sixth sense is also known as ESP. (Extra-sensory perception).

OM is the sixth chakra, its element is light. We have two eyes facing outward. They are cameras recording basic impulses and stimuli. The image is inverted, then converted and projected onto a film located in the front part of the brain- behind the forehead. The world appears to be external, but it is actually a screen inside your head you're seeing- and interpreting. Like sitting in a movie theater, either you like what you see or you don't. But it doesn't matter because matter doesn't.

The third eye (also called the mind's eye, or inner eye) is a mystical and esoteric concept of a speculative invisible eye which provides perception beyond ordinary sight.

According to the Christian teaching of Father Richard Rohr, the concept of the third eye is a metaphor for non-dual thinking, the way the mystics see. In Rohr's concept, mystics employ the first eye (sensory input such as light) and the second eye (the eye of reason, meditation, and reflection).

"But they knew not to confuse knowledge or mere information with the transformation of consciousness itself. The mystical gaze builds upon the first two eyes and yet goes further." Rohr refers to this level of awareness as having the Mind of Christ.