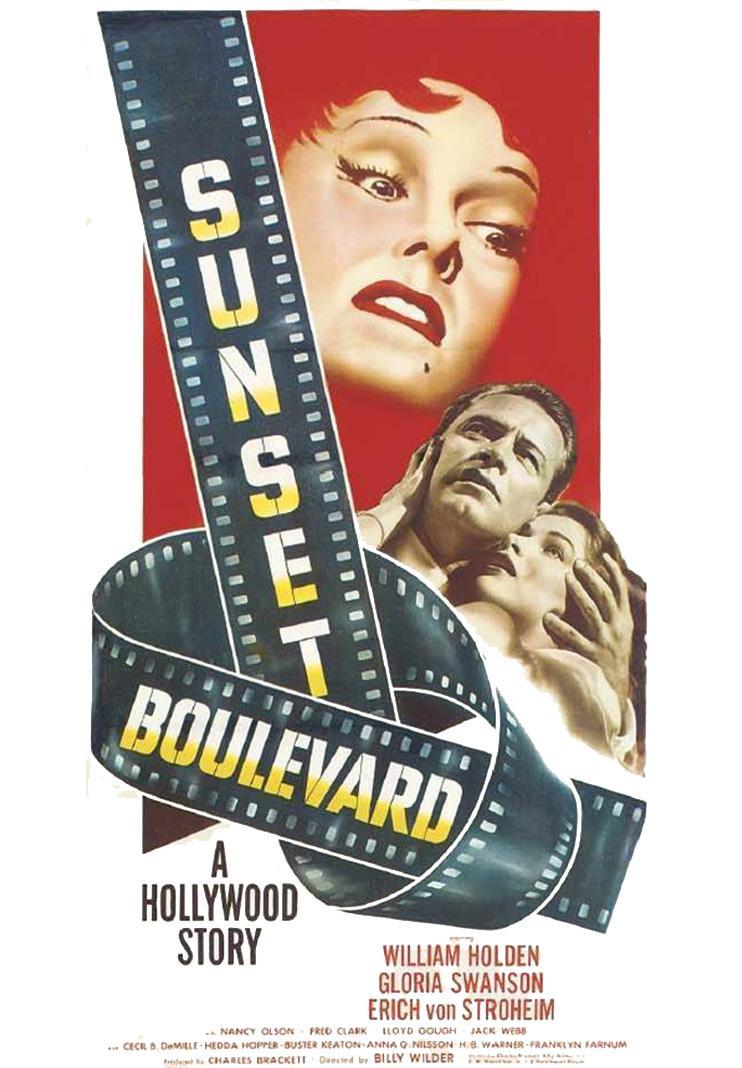 The world is a theater, and here we develop our act. Remove the ego, costume and makeup, what is there? We must be more than  just that! The great studio of life  offers us many roles, but we can never seem to catch that one big satisfying break. We are always discontent, looking for better parts to play.

But time passes mercilessly as fresh faces appear on the silver screen and the old performers are forgotten. Stardom comes at a cruel price, it's never for keeps. It leaves wistful memories of fifteen minutes of applause, and maybe some  tokens of award. The limelight changes to twilight like yesterday's tabloid news. If luck be a lady, then fame is a fleeting mistress.

The pathos is captured in Billy Wilder's masterpiece, the 1950 film-noir, "Sunset Boulevard." The famous director, Cecil B. DeMille wasn't really waiting for any close-up, it was only the twisted delusion of a fading actress rotting away staring in the mirror. False hopes from her kept man, William Holden who narrates the movie, leave him shot dead. Face down in the swimming pool of the grotesque mansion in Hollywood: City of Light, city of night. The universe is theater, drama. Each of us has a role to play in that history. There are no extras in this production, everyone counts for screen credit. Everything simply happens the way it happens, and cannot happen otherwise. We are both participants and audience at the same time: Watching ourselves, it's confusing, no time to think- unable to stop doing whatever it is we do.

The Cameraman sees the doing and the one doing the doing, but is never under the impression that he is the doer. From this place it's already been arranged, you are a determined being in an ever-unfolding story happening moment to moment. The fact is, you really have no choice but to be here! There's only one thing you can do: Give up.

By surrendering attachment we find it's not really our movie at all. No worries about bad breaks in this business. No upstaging or craving for applause. No walk of fame on Hollywood Boulevard. We are individual characters, designed personalities, different facets of God. What more is there? Gloria Swanson's powerful performance made the point, the glitz and flash is only an illusion, a decaying romantic fantasy.