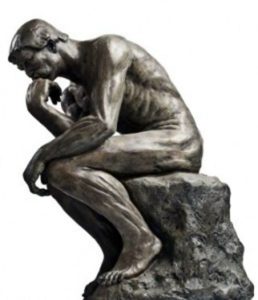 lapis philosophorum. For  centuries this idea has occupied the minds of the world's greatest thinkers, inspiration for art and literature. It's a deep yearning, a noble quest for something of an abstract nature, a secret expressed in myth and legend, prima materia. Is it a revelation of some knowledge still unheard of? An elixir of some sort? The fountain of life? The hunt for this illusive primum agens, the "stone that is not a stone" is the parent science of chemistry, called  Alchemy.

Signals which tell us things. Everything we see in the passing of each day is a symbol. Words are symbols too, the letters of the alphabet are used to communicate ideas, larger and more complex forms. Numbers, color and music, in fact everything is a thought originating from the mind. Nothing appears of its own making, but happens only by intelligent choice, every idea is developed from an infinite number of variables. 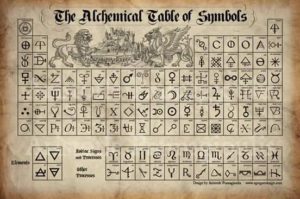 To build any reality it must first be expressed by thinking. "Let there be light!"  It's the same with anything else, even the slightest intent begins the Process, a ripple in the sensitive ocean of ether. Thought takes on substance resulting in effect. The universe is really a giant idea clothed in form. Alchemy is basically the study of how things manifest.

Rare because it is not a mineral intrinsic to the earth. When stars explode, its neutrons blast particles of gold and platinum into space falling onto planets over billions of years. "Sweat from the sun." 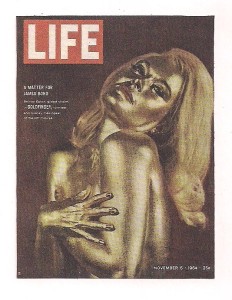 The 1964 Life Cover for the movie, "Goldfinger." Gold is a seductive mistress dating from ancient times. Turning lead into gold is a metaphor for changing a lower element into a higher element. Everything we see is a mirror image of a rarefied idea, a reflection of thought. 0+1=0. One cannot exist without the other. Light would be unknown without darkness to compare. We need the negative image in order to develop the positive. Alchemy is ultimately about self-transformation:

The Power of Suggestion.

Subliminal advertising developed along with television and film in the 1950's. Rapid, unseen signals are always manipulating us to conform. Do I fit in? Am I getting enough? Is my physical appearance acceptable?  These can be unwanted complexes, eating away at the subconscious level. Our self-worth is devalued by these tactics.

Thoughts are conceived ten times faster than the formation of words. There are latent, archetypal totems already planted deep in our community consciousness, possibly racial or tribal: An idea advanced by Carl Jung: An ocean of ancient symbolic forms and fixations. The mind is only too happy to do the work for us, and efficient too as these energies are instantly recognized, processed and stored in our subconscious. Jung's theory could explain triggers as to what signals are affirmative or negative. In fact they are neither until we decide.

In "The Manchurian Candidate," American POW's in the Korean War were brainwashed and sent home as assassins, along with the post-hypnotic suggestion of the Queen of Diamonds.

Everything heard or seen is broken down and reassembled at lightning speed, resulting in a mental response and emotional reflex, as in a polygraph. Symbols possess unbelievable power over the masses, like casting a spell. The message we send is more than just facial expressions or even the words we say. It's the vibrations that emanate from us. A skilled liar can stare you in the eye and be convincing. But a lie just doesn't feel right. Little children and animals are especially sensitive to the paranoid signals of predators.

Isaac Newton discovered, using a prism that color is made of white light, refracted or bent into various wave lengths. The colors visible are only a tiny part of the band of electromagnetic radiation. It's the same with sound. This ether surrounds the earth; activity called radio. It's the Tree of Life: A bio-chemical vine, an electrical network. This energy passes through everything organic with penetrating rays. Some can be harmful, like gamma rays. These vibrating, oscillating radio waves are the vehicle for carrying all sensory information. Since the  very beginning, it's the ancient, invisible web we discovered and called the internet. 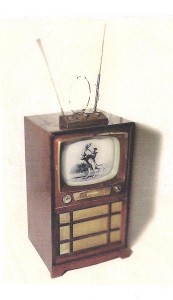 The invention of television, sending images through space, revolutionized America in the 1950's. It altered how we think and behave. Families gathered around the set to watch, like huddling close to the warm hearth and sharing stories. We take TV for granted now, but it was wizardry! A portal to other worlds. In fact, inhabitants on other worlds could be picking up old broadcasts, like " I Love Lucy."  These signals travel far into distant space forever. All information is data, received, integrated and transmitted. Our brain is literally a radio and does the fine tuning.

Zeitgeist. (German), meaning the spirit of the times. Pop Culture was the zeitgeist of the 60's and 70's. This permeates a society, much like an active spirit or a feeling. This Newsweek cover story from 1965 is an example. Pop Culture was reflected in the media, the arts, fashion, music and the psychedelic drug scene. Zeitgeist is the drift of thought in the collective consciousness of a society.

Gestalt. Another German word, a school of psychology from around 1912. In gestalt, the idea is how things are grouped together as a whole effects how they are seen as a total field rather than the sum of its parts. The gestalt factor quickly locates our latent imprinting and conditioning. Here we have five bottles of Coca-Cola. The product logo, even in foreign script is subliminally recognized; the green bottle shape is an international convention, unchanged for well over a century. Gestalt is especially useful in manipulating the populous to think a certain way by how symbols strike us. Casting spells and disseminating lies by finding the right signal and repeating it. 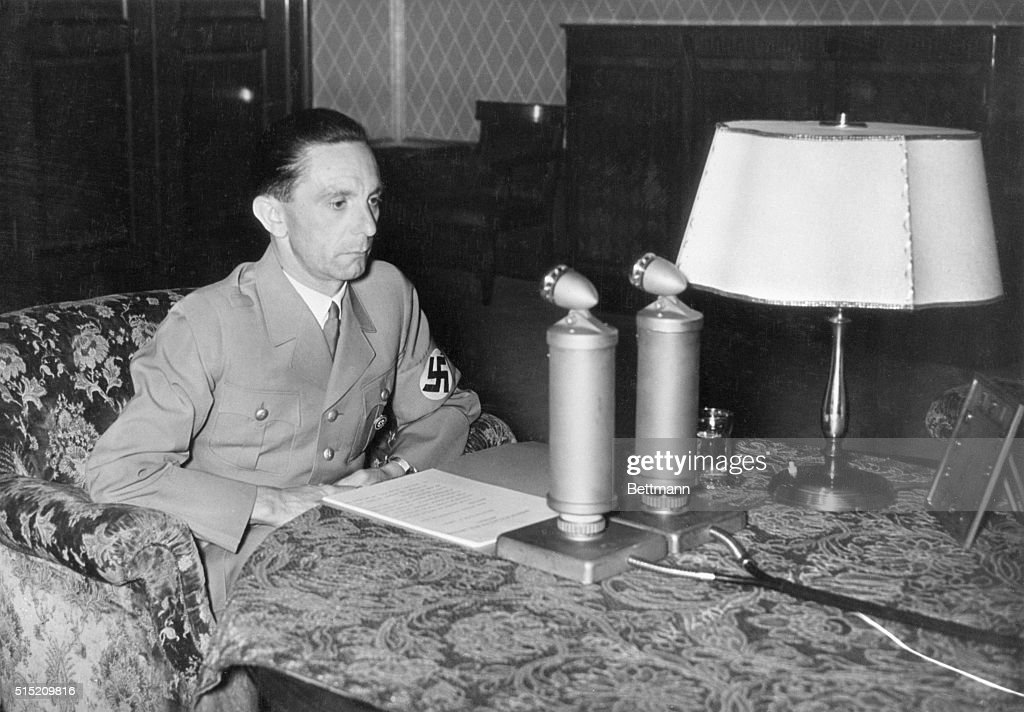 Repetition is powerful magic! The relentless pounding of images and inane messages into the mind again and again changes us in profound ways we never suspect. The alchemists of propaganda know precisely how to captivate and enthrall, eliciting a desired reaction and unifying a mass consensus with gestalt. Tribal totems strike deeply into blood and soul resonating with racial consciousness, the very soil of a people. Even to the point of being terrifying. Signs and placards of protest fill our streets and campuses. There are even "safe zones" away from scary symbols!

"The alchemist realizes that he himself is the Philosopher's Stone, and that this stone is made diamond-like when the salt and the sulfur, or the spirit and the body, are united through mercury, the link of mind. Man is the incarnated principle of mind as the animal is of emotion. He stands with one foot on the heavens and the other on the earth. His higher being is lifted to the celestial spheres, but the lower man ties him to matter. Now the philosopher, building his sacred stone, is doing so by harmonizing his spirit and his body. The result is the Philosopher's Stone. The hard knocks of life chip it away and facet it until it reflects lights from a million different angles."   - Manly P Hall - Initiates of the Flame

The Power of Visualization.

What do you want? A million dollars? Chump change. Alchemy is taking raw material and forging manifest out of substance. We do this all the time without realizing it. The greatest instrument in the universe is our unlimited imagination, yet it is seldom recognized as such.

The universe wants to grant your desires, to such an extent, if you're afraid it's not doing it- that's what you get. If you think of debt, you receive debt. What makes this so hard to grasp is we only believe what our senses tell us. If we see lack, we believe it and choke the opportunity to manifest supply. This law is so basic that we find it in the Bible. Sometimes it requires a bit of material to get it going- a few loaves and fishes, some pots of water, a cruse of oil. Jesus even used mud- plus the activating power of the spoken Word. The secret is affirming (or denying), thus releasing and setting in motion not what you see, but what you don't! Alchemy is chemistry. Certain chemicals can heal, relieve pain and even alter reality. The medical properties of cannabis have shown miraculous results where other treatments have failed, and is slowly becoming available for legitimate medicinal use. It's a biochemical neurotransmitter agent; a panacea found in a common plant. "Behold, I have given you every herb on the face of the earth." Gen. 1:29. Not surprising is the expression "getting high." 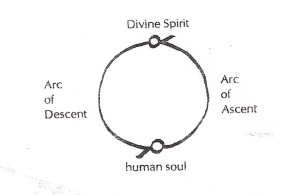 This Sufi drawing (right) shows the involving and evolving stages of our existence. The great cosmic dial places the soul at the bottom position, where we are heavy, or leaden. The arc of ascent is where we want to go.

The human body is made mostly of carbon, so a diamond is symbolic of our transformation: A precious gem created in darkness under the most grueling of conditions- heat and pressure; a piece of black carbon carefully sculptured by a master craftsman to perfection.

"This is why alchemy exists," the boy said. "So that everyone will search for his treasure, find it, and then want to be better than he was in his former life. Lead will play its role until the world has no further need for lead; and then lead will have to turn itself into gold. That is what alchemists do, they show when we strive to become better than we are, everything around us becomes better too."  - The Alchemist