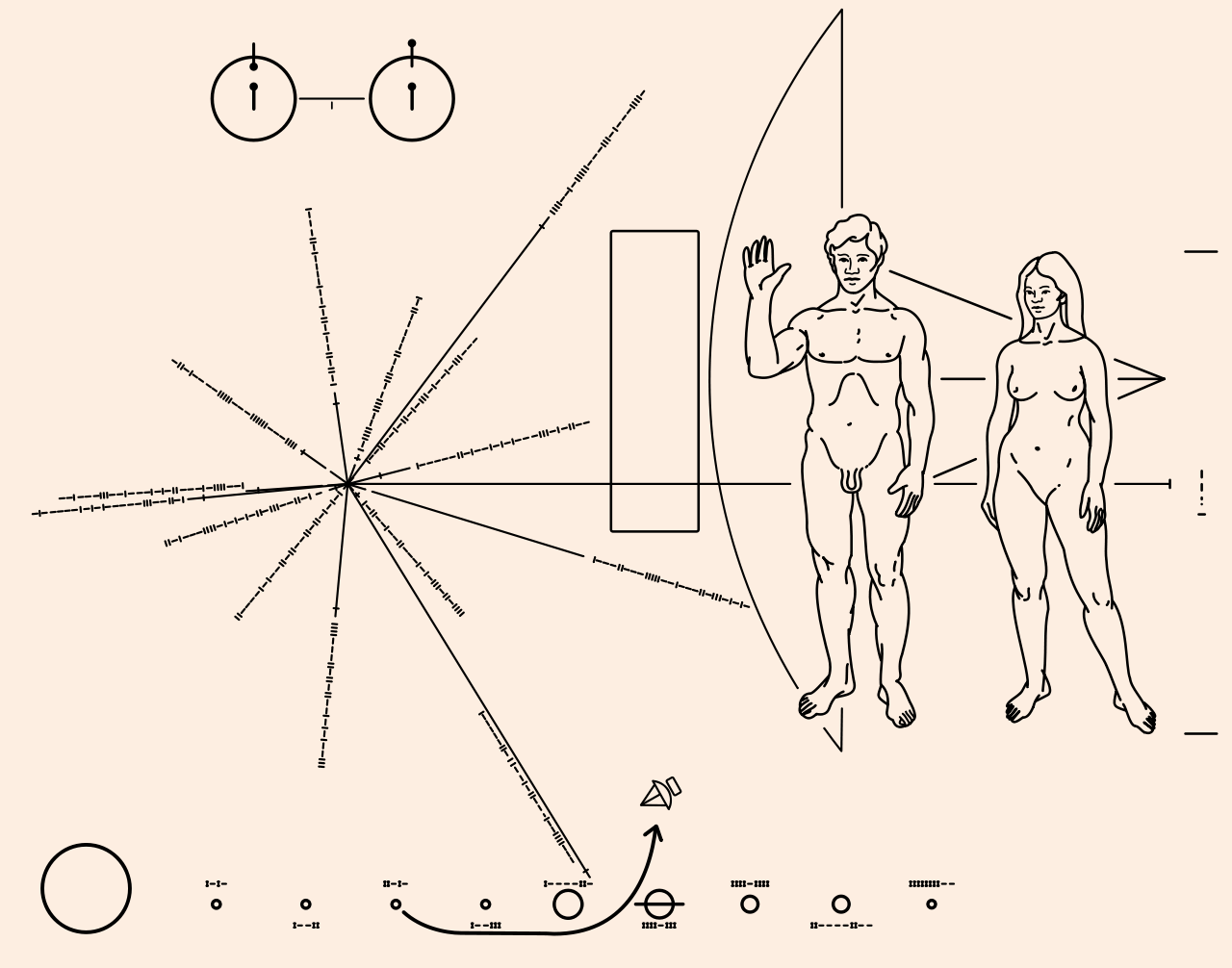 The Sign of Aquarius. The Aquarian Age began some 150 years ago, seen in the discovery of ether, Radio is the wireless transmission and reception of frequency waves carrying light and sound impulses across the electromagnetic spect-rum. Consciously or not, we send and receive thought messages, even when we dream at night. Intuitively picking up radio waves from the minds of both the living and those having passed from this plane. We say, a thought just came to me, or I got a flash of inspiration.

Creation is matter, Nature or the feminine aspect. She is all form, a beautiful seductress. The sheer thralldom of her changing manifests keep our senses occupied, focused outward. It is called life! We witness her in every moment of life, the perpetual dance of energy. Her other face is the one we are trying to see: The Light behind all form- Wisdom, or Sophia (Greek). 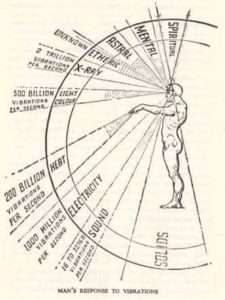 Akasha आकाश (Sanskrit). æther. However subtle, every thought impulse vibrates the primary plane of matter leaving an indelible impression.  Here the great patterns are found, the source of genius, archetypes of purest thought and the library of historical records.

Telesis τέλεσις (Greek). Progress consciously planned and produced by intelligently directed effort; the conscious adaptation of conduct by an individual to the achievement of his own ends.

Religion religio (Latin). "bind, connect." Three aspects: 1). The traditional, with its myths and legends for the lay-person. 2). The philosophical, with its writings for the intellectual on theory of the subject. 3). The esoteric, with its occult  symbolism meant for mystics and the initiated.

Mysticism (Greek). from μυω, meaning "I conceal." μυστικός, mystikos, means to induct or initiate; introduce; train or give first experience.

Esotericism. Antoine Faivre published a series of criteria for how to define Western esotericism in 1992. He claimed that it was identifiable by the presence of six fundamental characteristics or components, four of which were intrinsic and thus vital to defining something as being esoteric, while the other two were secondary and thus not necessarily present in every form of esotericism. He listed these characteristics as follows: With the Aquarian Age came the Science of Mind, or New Thought Movement, appearing in the late 19th and early 20th centuries. The chief tenets are: Pulpit pulpitum (Latin) The extended bow of a fishing vessel used for hunting and harpooning. "Fishers of men." Traditionally, pulpits were elevated platforms with steps leading up to the place where the Word is read and ministered publicly. But the first message ever given is just a sound: The logos, the OM, the I AM. The pulse of creation, the music of the spheres. First sound, then motion, then form: "And they heard the voice of the Lord God walking in the garden."

Gothic cathedrals were designed after the order of ships: A bow with its pulpit and extended apse was raised above the chancel; the nave being the passenger hold and the baptismal font located at the stern.

The first pulpit was built of wood, for Ezra the scribe to read from the book of the law, all but forgotten during the period of Babylonian captivity. Upon their return to Judea, a new generation stood and listened to the statutes, commandments and judgments. (cf. Nehemiah 8:4).

Israel was descended from the ancient Hebrew fathers who worshiped a God of law and order. The mosaic legal heritage, the ten commandments, was carried to America by its first Christian settlers along with the gospel of universal brotherhood and liberty.

To remove the tables of the law is utter confusion! The All-Person cannot somehow be Judeo-Christian, Protestant, Muslim, Hindu or Buddhist. One Being for all: "One law for all." - Leviticus 24:22.

The major religions of the world can be traced back to parent schools of ancient teaching. Picture a great river with two tributaries: Orient and Occident. The branches represent dual lineages of mystic thought  differing only in their external form of expression: Symbols, language and cultural style. A common thread can be seen in all these. By carefully studying, comparing and matching up these thoughts, looking at confirmation and correspondence, we can detect the same things re-appearing again and again. If we follow this thread far enough back it leads us to One Source. Behind centuries of fanaticism, holy wars and dogma, fierce disagreements over the finer points and unimportant details, the two streams eventually merge again.

Lineage refers to a line of great masters and teachers as they have descended in history and what they specifically taught. The Church has a rich lineage, the Jews have their ancient prophets, the Muslims have theirs. Just as languages and cultures differ in the world, the way Truth is presented varies among cultures, teachers and their followers. Maybe it comes to you in books like the Bible, the Torah or the Koran. Maybe you hear a sermon, or maybe it just comes to you from thinking about it, or looking at the beautiful complexity of Nature. We yearn for answers. This longing to know is what separates us from lower forms of life. "Faith cometh by hearing the Word."

Man is a Brotherhood.

We all belong to the family of God, so why can't we agree on who He is? Because no two of us understand God the same way, and no one can be coerced into believing anything. We are spirit, and respond only to Spirit. That Changeless Spirit remains forever the same. Cosmic laws are immutable- never favoring one people over another. The chosen race is us! We are not different but similar- all sharing a cosmic journey together as companions on a fantastic voyage, happening with or without our conscious awareness or consent and without a moment of interruption. Not even when we die and change form. The process of redemption never stops. We are not punished, the only hell is of our own making, the out-picturing of our thoughts and choices. The soul doesn't perish but continues learning from its mistakes, developing and advancing steadily on its way home.  Everything we experience is only a creation of Mind, there is really nothing to fear! No matter what we go through, nothing can harm us permanently because our true self is eternal, formless and beyond destruction. This is life in the Spirit.